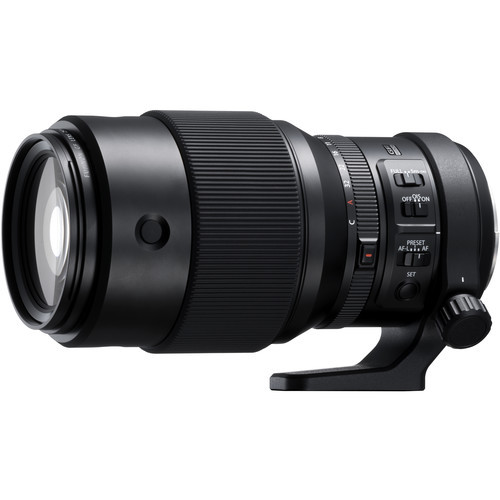 A medium telephoto prime characterized by its sophisticated optical design, the GF 250mm f/4 R LM OIS WR from FUJIFILM is a 197.5mm-equivalent lens for the G-mount GFX camera system. Offering a mixture of long reach and a relatively bright f/4 maximum aperture, this lens is well-suited to isolating subject matter and working with shallow depth of field techniques. Complementing the visual compression of the telephoto focal length is an advanced optical layout, which uses one Super ED element and two extra-low dispersion elements to control color fringing and chromatic aberrations for a high degree of clarity and color accuracy.

In addition to its optical assets, this lens is also distinguished by its five stop-effective image stabilization system that Minimizes the appearance of camera shake for sharper handheld imagery. It also features a linear autofocus motor that is both quick and quiet, and an internal focusing mechanism limits the overall lens length during use as well as maintains consistent image quality throughout the focusing range. The lens's magnesium-alloy build is also dust-, freeze-, and weather-resistant.