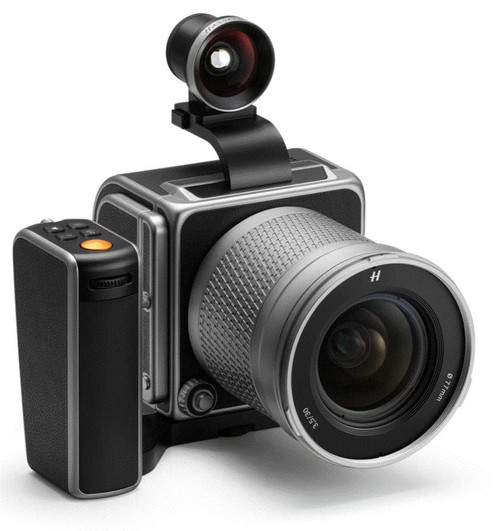 Hasselblad cameras have been trusted by photographers for 80 years, capturing countless iconic moments and touching stories. Now more than ever, Hasselblad is driven by its founding aspirations to innovate on the camera and exemplify quality craftsmanship.

In 2021, we commemorate 80 years of Hasselblad legacy with 800 limited-edition Hasselblad 907X Anniversary Edition Kits. This anniversary edition draws inspiration from the iconic SWC camera and features an anodized Lunar Grey trim and lens, and a black leatherette cover. One side of the camera features a commemorative plate that reads “Since 1941,” while “Hasselblad” in handwritten lettering marks both the camera body and the optical viewfinder.

Included in the Hasselblad 907X Anniversary Edition Kit is a CFV II 50C digital back, a 907X camera body, control grip, optical viewfinder, and XCD 3,5/30 lens. All components are special-edition designs with detailing custom to the anniversary kits.

The 907X is an interchangeable lens camera that supports both live view and autofocus. It effortlessly connects to XCD lenses and can combine with HC/HCD, V, and XPAN lenses via adapters. The CFV II 50C digital back can attach seamlessly with a film camera body*, advancing analog photography into the digital age.

Key features of the Hasselblad 907X Anniversary Edition Kit include: