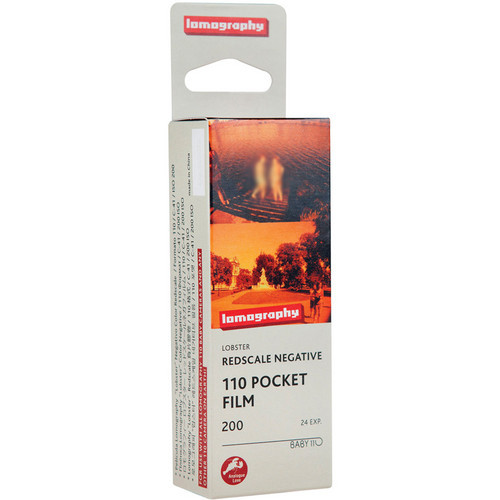 Lomography's Lobster Redscale is a unique color negative film that has been reverse-rolled for exposing through the base of the film, rather than directly to the emulsion, in order to produce dramatic red, yellow, and orange toned photographs. By exposing the film through the base, the conventional top blue layer is not fully exposed and the bottom red layer filters the blue light from fully reaching the green and blue layers, resulting in a reddish appearance. The film has a nominal sensitivity of ISO 200/24°, and the amount of red coloring can be controlled by over-exposure; with more overexposure pushing the coloring to a yellower palette.

This item is one 24-exposure cartridge of 110-format film.