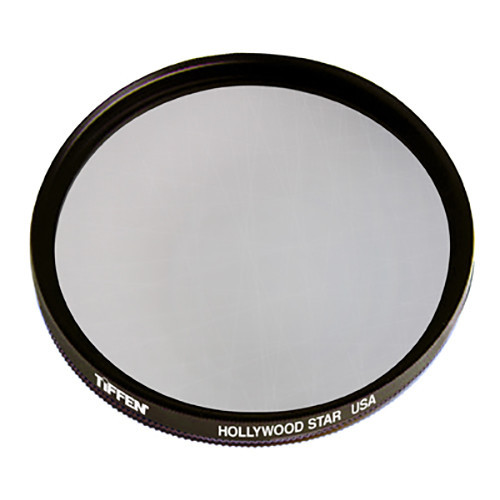 The Tiffen 82mm Hollywood Star Filter is designed to be used perpendicular to a point light source such as the sun, a light bulb, or a candle. Within the filter's surface is a combination of fine, etched line types. Those lines help to create a starburst effect with 14 asymmetric primary diffraction spikes that extend from the light source and are arranged in a pattern which approximates a cross.

This filter is most effective for pictures where the light source used to generate the starburst effect is a highlight with a significant degree of contrast from the rest of the image. It is constructed from optical glass for clarity as well as color fidelity, and features an aluminum-alloy filter ring that can be rotated in order to adjust the direction of the diffraction spikes and overall orientation of the starburst effect.