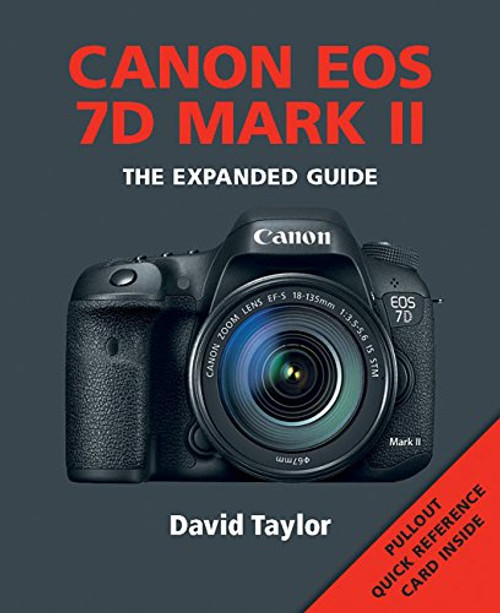 The Canon EOS 7D Mark II is an update to the classic 7D model, widely regarded as an excellent APS-C sensor DSLR, aimed at the serious enthusiast. The new model boasts faster burst shooting, improved autofocus, and a much broader lSO range, contained in one of its best-built camera bodies. For stills photographers, the Mark II offers an all cross-type, 65-point AF module that works in conjunction with a 150,000-pixel RGB + IR metering sensor, offering the latest version of the "lntelligent Tracking and Recognition" (iTR) focus system featured in the EOS-1D X. With iTR engaged and an initial focus point selected, focus can be initiated with a half-depress of the shutter-release button, leaving the camera to track the subject as it moves across the frame. The camera's continuous shooting rate is 10 frames per second, previously limited to pro-grade sports cameras.