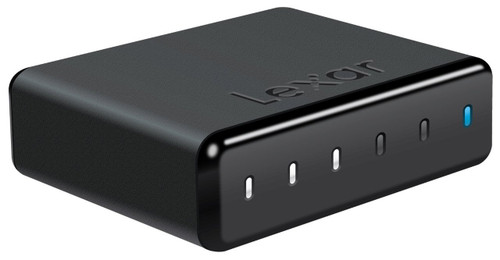 With solid-state drive technology, you benefit from load and access times for your files and programs that are faster than a traditional spinning hard disk drive. Enhanced data read speeds of up to 450 MB/s and data write speeds of up to 245 MB/s allow you to access data stored within the drive quickly and efficiently. An integrated LED capacity meter allows users to monitor the amount of available space and bus power allows the SSD to be powered using its USB connection, with no external power sources required.