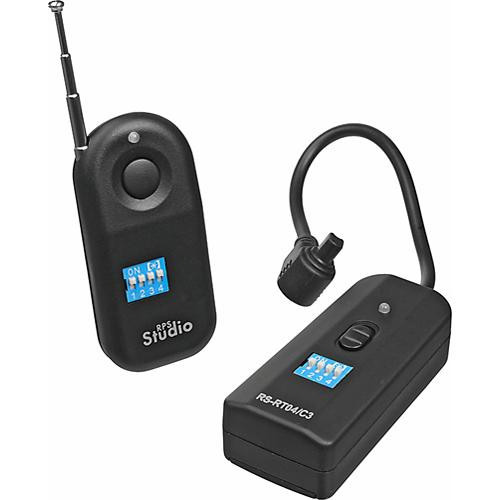 This RS-RT04/C3 RF Remote Release from RPS is a wireless radio remote that works with Canon EOS 7D, 5D, 5D Mark II, 10D, 20D, 30D, 40D & 50D digital cameras and similar cameras which use a 3-pin connector. It consists of two parts; a receiver/trigger that connects to the camera's cable release socket, and a separate transmitter. The remote can have a range of up to 85' under optimal conditions, and it features a two-position switch, for focusing operation or shutter release. The RS-RT04/C3 is equipped for 16 user-selectable channels