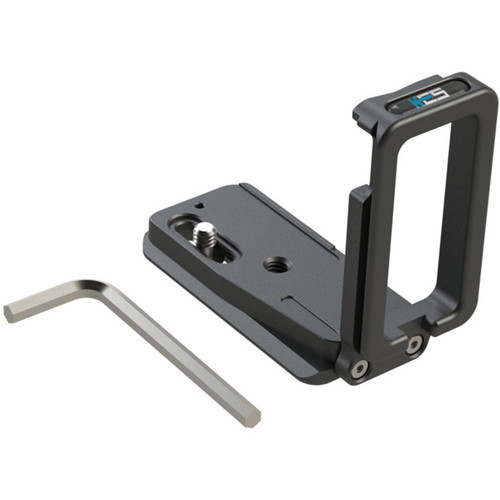 The L-Bracket for Olympus OM-D E-M1 Mark II from Kirk Enterprises, allows the camera to mount vertically or horizontally to a tripod head without losing your center of axis, and It also enables you to have the speed of changing orientation if the need arises.

This L-bracket is Arca-type compatible and made specifically for the OM-D EM-1 Mark II camera. The bracket maintains access to the battery door and all the camera's ports. At the same time, the camera's tilting screen can move freely without any interference.

On the back of the L-bracket, sensor centering lines on both axis have been scored into the aluminum to indicate the camera's placement. The vertical side-arm is non-removable from the bottom plate, and the bracket is completely machined from 6061-T6 aluminum, which also has been black anodized. The anodizing makes it resistant to scratches and rust. If an Arca-type head is not present, you can still mount the bracket to a tripod head via the 1/4"-20 female socket.